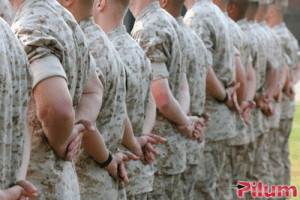 Mr. Morales served in the Summit County Sheriff’s Office for 24 years, 12 years as the three-term elected Sheriff of Summit County. In 2003, at the end of his third term as sheriff, he was appointed by Governor Bill Owens to serve as the Executive Director of the Colorado Department of Public Safety and as his Homeland Security Advisor (HAS).

Mr. Morales was then recruited by DoS to serve in Afghanistan for the next three years as an Executive Mentor in Kabul at the Ministry of Interior for Security. Mr. Morales was also a mentor in the Regional Command West in western Afghanistan. The next two and one-half years in Amman Jordan as a Tactical Operations Team Advisor assisting to develop National Security Forces in the region, which was a joint DoD/DoS project.

Mr. Morales was elected in 1999 as president of the County Sheriffs of Colorado, was appointed in 1999 to the Colorado POST Board by Governor Owens, and served with AG Ken Salazar and AG John Suthers on the POST Board from 1999 to 2007.